CHARLOTTE, NC - OCTOBER 27: Wide receiver Workpeh Kofa #6 of the Charlotte 49ers jumps up for a pass in the end zone and traps the football behind the head of defensive back Ty Williams #7 of the Southern Miss Golden Eagles during the football game at Jerry Richardson Stadium on October 27, 2018 in Charlotte, North Carolina. The play was initially ruled a touchdown but was overturned after review as officials ruled Workpeh did not have possession of the football. (Photo by Mike Comer/Getty Images) 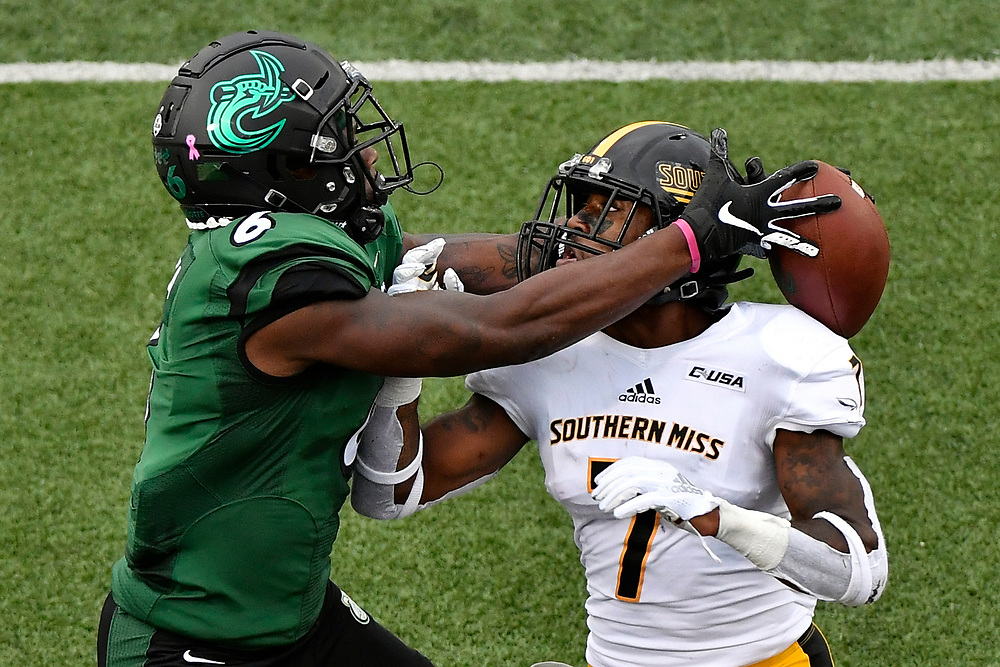